THE STALIN THAT WAS PLAYED BY ME

An extract from a Russian propaganda film, a television in the background, and family photos- this is all we need for an intriguing encounter with Yevgeni Jugashvili, the grandson and spitting image of Joseph Stalin. Yevgeni Jugashvili worshiped the "Man of Iron", who never wanted to meet him and sacrificed his own son without any pity, Jugashvili's father, in the Second World War.

Manipulation, propaganda and social pressure wove a tissue of stories which erased Yevgeni's personality. . In The Stalin that was played by me I trace this man’s fascinating family history. However, for the sake of the film, I kept silent about my own Jewish background, subordinating my position to his life story. More than just a look at the life of Stalin's grandson, this film deals with manipulation and the fact of being manipulated and the rapport between the individual and existential questions. 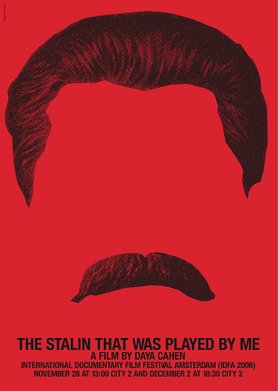 This film was kindly supported by The Mondriaan Fund, the Dutch Filmfund and the Stichting Democratie en Media.